Discrimination based on skin color – case of colorism in Africa

The issue of racial discrimination in Africa is well-documented. For centuries, the struggle for power in the African continent was depicted in black and white colors. Whiteness was believed to be a huge political, economic, and social advantage. Blackness was condemned, and black people were humiliated and discriminated against based on their racial background. In this black-and-white world, blackness was depicted as largely homogeneous. However, even in an entirely black world, tensions are possible. Colorism is an issue that keeps haunting thousands of Black Africans in the 21st century. The political and cultural legacy of colorism changes the distribution of political forces, separating and isolating dark-skinned individuals from the advantages offered by human progress.

Preferences for lighter skin can have considerable effects on how black people manage their daily routines. Many of them will go to unbelievable extremes to meet the “light-skin” priorities of the new age.

It should be noted that colorism has a long history in Africa, its roots being found in European colonialism. Colonial domination in the African continent fostered an implicit belief in whiteness as a source of unique privileges. Lighter skin was treated as an aesthetic, material, and ideological advantage (Hunter, 2007). “Light-skinned people received privileges and resources that were otherwise unattainable to their darker-skinned counterparts” (Hunter, 2007, p. 239). With time, beliefs in the light-skin privilege were internalized and deeply embedded into Africans’ cultural and ideological routines. Many people in Africa have come to believe that being white or at least having light skin can finally fulfill their most sacred wishes and give them enough self-confidence to pursue the most ambitious goals.

Colorism in Africa takes many different forms. Its manifestations are often confusing and many of its signs are veiled. One of the most visible extensions of colorism in the African continent is the growing number of black people who bleach their skin. According to a recent study, every third woman in South Africa has experienced bleaching her skin (Fihlani, 2013). The medical consequences of skin bleaching are beyond the scope of this discussion. What is clear is that a widespread belief in the white privilege forces thousands of black African women into seeking skin bleaching products and procedures. In many parts of Africa, white or light-skinned women are believed to be more beautiful than their dark-skinned counterparts.

Unfortunately, skin bleaching is just one dimension of colorism in Africa. For those who refuse to change their skin color, colorism is a daily experience. Colorism is a continuous sequence of micro-aggressive events that shape and reinforce current beauty standards. The tragedy is that colorism is pervasive and affects the entire African continent and the world at large. No one seems to be fully secured from its dangerous impacts.

Barriers to racial and skin-color equality are difficult to overcome. It may take decades before the African continent and, in fact, the whole world moves to a more advanced public consciousness to see the beauty in every person regardless of their racial background or skin color. It will take a huge effort and investment to reverse the legacy of colorism in Africa and set the stage for equality, fairness, and justice.

Ed.’s Note: Samuel Alemu, Esq is a partner at ILBSG, LLP. He is a graduate of Harvard Law School, University of Wisconsin-Madison Law School, and Addis Ababa University. Samuel has been admitted to the bar associations of New York State, United States Tax Court, and the United States Court of International Trade. He can be reached at salemu@gmail.com.

Blockchain, its application to the field of law and democracy 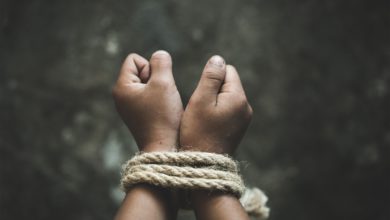