Among the longest rivers in the world is the River Nile, located in Africa. The Nile River cuts
through eleven countries before merging with the Mediterranean Sea. These countries use the
Nile water for irrigation, hydropower, fishing, drinking water, tourism, and leisure. On 30th
March 2011, Ethiopia, through its then Prime Minister Meles Zenawi, announced its plan to
construct the GERD, the Grand Ethiopian Renaissance Dam.

The dam is set to generate 6,450 megawatts of electricity, which will help Ethiopia in its plans
for industrial development. Sudan strongly opposed the project but has since softened its
position, as the dam will also benefit them. The dam will help supply electricity to Sudan at a
lower price. Egypt, on the other hand, is not on board as it is not willing to compromise its
Hegemony on the Nile waters. Egypt asserts it will lose its current absolute control of the Nile
river. Ethiopia tried in good faith to show its commitment to a fair and equitable sharing of the
Nile waters but in vain. Ethiopian’s negotiation is based on a win-win solution for all the Nile
Basin Countries, including Egypt. It is committed to operating the GERD dam on a fair and
equitable sharing of the Nile waters.

The GERD has been long viewed as the subject of disputes and conflicts between Egypt and
Ethiopia. Both countries claim their rights to the waters of the Nile basin. More specifically,
Ethiopia considers the dam as its major source of development and electrification\

\ In contrast, Egypt promotes a view that the dam can present a severe threat to its water supplies,
despite Egypt’s substantial groundwater resources that could supplement its water needs. After
several failed attempts to reach a consensus, Egypt requested the United States’; assistance to
facilitate a forum for negotiation.

The negotiations resulted in one-sided pressure on Ethiopia to sign an agreement Egypt
considered comprehensive and fair. Ethiopia contested the U.S. prepared draft legal document as
null and void as there was no mandate. Furthermore, this one-sided draft demonstrated
impartiality rather than facilitating the negotiation. In fact, the U.S. violated its role as an
observer and acted as a mediator.

It has become abundantly clear that Egypt used its strategic position within the Arab world and
its superior standing in the global arena to actively promote biased information regarding the
terms of the negotiation and the GERD. 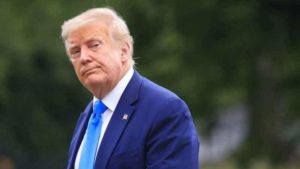 It is worth noting that Egypt has long been attempting to involve foreign countries in the conflict,
based on the perspective that global powers’ participation would weaken Ethiopia’s position.
Egypt had succeeded in this agenda to a certain extent, with multiple countries stating their
interest in the negotiations. Moreover, some countries, such as Israel, the European Union,
Turkey, and the Persian Gulf states, expressed their interest in the GERD issue because of their
Geo strategic goals.

Until Egypt attempts to involve the international allies, Ethiopia insisted no external power is
directly engaged in negotiations. Ethiopia rejected the offer of Russia’s President to participate in
arbitrage. Nevertheless, when a similar request came from the U.S. government, Ethiopia
adopted a different approach, partly because of its increased dependence on U.S. Aid. As a result
of this move, the negotiation between Nile basin/African countries transformed into negotiations
between the United States and Ethiopia, with Sudan oscillating from one side to another. 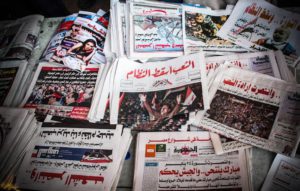 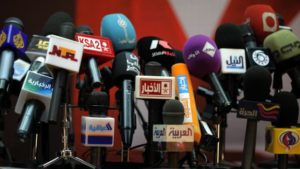 Apart from international powers’ involvement, Egypt utilized its deep networked connections to
provide biased information regarding the conditions of negotiations, thereby attempting to
demonize Ethiopia. Egypt continued to spread disinformation coupled with fake news. This is
part of Egypt’s primary strategies to ensure that the international community takes Egypt’s side.
In doing so, Ethiopia’s legitimate quest for fair and equitable use will be trampled. All these
efforts’ final goal is to keep Egypt’s Hegemony over the Nile river absolutely and limit Ethiopia’s
equitable share.

Evidently, Egypt tries to powerfully promote and reinvent the treaties that were signed almost a
century ago. At the beginning of the twentieth century, Egypt and Britain designed a treaty that
ignored all the historical rights of Ethiopia to use the Nile River, even though Ethiopia is the
fountainhead of the river contributing about 84% of the Rivers total runoff. Several decades later,
Egypt cooperated with Sudan to further support Ethiopia’s deprivation. Egypt collaborated with
the junta regime in Sudan to declare their historical rights over the river while denying those of
Ethiopia’s. Today, Egypt seems to reinforce the colonial-era agreements by subtly promoting the
discourse Egypt is the victim, and Ethiopia is the aggressor.

Egypt’s misinformation in the media is an attempt to ensure Ethiopia’s diplomatic isolation from
the world community. Egypt continued to engage in cooperation with its international allies to
ensure the world community would take its side and believe the message disseminated by the
media channels. If Ethiopia becomes the subject of worldwide condemnation, Egypt is likely to
successfully delegitimize all claims regarding the fair and equitable use of the Nile waters,
thereby winning the dispute. Excessive reliance on its massive propaganda campaign allowed
Egypt to earn the empathy of the world community, which is increasingly vital for making
Ethiopia surrender in this fight. Egypt implicitly promotes the idea that Ethiopia is an acquisitive
country that is narrow, focusing all its resources only on making profits from selling electric
power. Therefore, Egyptian sponsored campaign suggests that the lives of people living within
Egypt’s borders heavily depend on the Nile Waters, whereas for Ethiopia, the Nile River is
simply a matter of financial prosperity.

In reality, Ethiopia is a country that struggles under extreme poverty; 26.4 Million Ethiopians
earn less than $ 1.90 per day while the average Egyptian earns $16 per day. Only 41 percent of
Ethiopia’s population has access to essential drinking water, while Egyptians enjoy 100%. Egypt
has 48,270 MW of distributed power capacity; Ethiopia has a meager 4,244 MW. Egypt has
100% access to electricity, while Ethiopia 30%. The comparison is stark for a reader to imagine
and gives a perspective on why the GERD is an essential part of Ethiopia’s quest for extreme
poverty alleviation. The GERD project is the anchor to Ethiopia’s determination to get out of its
abject poverty cycle. 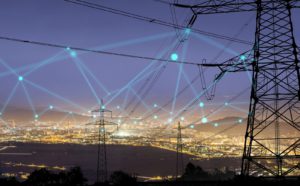 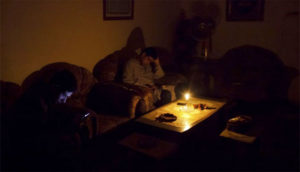 Furthermore, it is essential to understand that Ethiopia has not signed any agreements and thus is
not bound by any obligations in terms of the Nile waters use. Ethiopia is a sovereign nation and
therefore is free to utilize any resources within its borders, as long as it aligns with the
international laws and regulations. Egypt has no right to either permit or forbids the use of
Ethiopia’s natural resources. Ethiopia built the dam according to all regional and international
laws and commitments with the sole purpose of fighting extreme poverty. Natural resources can
provide considerable assistance to citizens living under extreme poverty, which epitomizes an
adequate response to one of the most acute national concerns. Ethiopia has a severe shortage of
electricity. The use of the Nile waters would generate a sufficient amount of energy to meet the
citizens’ demands. Moreover, Ethiopia would benefit from surplus power by selling it to its
neighbors and alleviating similar problems in the Nile Basin countries.

Egypt’s public concern is about the GERD and its effect on downstream nations. However,
Egypt’s real agenda is its Hegemony, absolute control, and exclusive use of the Nile River.

Egypt, through its well-connected network, consistently manipulates various international media
outlets around the globe. As an underdog and the poster boy for poverty, Ethiopia’s position is
put under the carpet. Ethiopia’s approach is to take all necessary precautions to avoid harm to
downstream countries, including Egypt. Egypt seems to ignore a goodwill gesture from Ethiopia,
as Egypt’s media propaganda promotes the message that no safety measures are adhered to. Even
though Egypt obviously lacks the evidence to show harm, which Ethiopia supposedly causes to
the downstream countries, it urges the international community to stop being neutral and apply
pressure on Ethiopia. 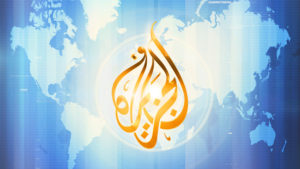 Such a position tends to affect Ethiopia’s image in the eyes of the global community, depriving
the nation of its allies and badly needed support. If Ethiopia responds to the conflict the same
way, it may escalate into a war. Hence, the agreement is imperative but possible only on
mutually beneficial terms of all parties involved. This requires a genuine good-faith negotiation.

This negotiation is not about giving the other party what they want but having the ability to
accommodate others’ needs while protecting one’s interest. During the negotiation, Ethiopia
should not accept being bullied by Egypt using an old colonial treaty, giving Egypt Hegemony
over the river. It should focus on safeguarding its interests but also show empathy to the needs of
Egypt. The two countries need to reach an agreement as this would help speed up cooperation
and ensure no problems down the road after the dam becomes fully operational. If the Egyptians
decide to delay the process by making unnecessary demands, Ethiopia should demand payment
for the delay in using the dam.

Ed.’s Note: Samuel Alemu, Esq is a partner at ILBSG, LLP. He is a graduate of Harvard Law School,
University of Wisconsin-Madison Law School, and Addis Ababa University. Samuel has been admitted to the
bar associations of New York State, United States Tax Court, and the United States Court of International
Trade. He is a member of the Nile Club. He can be reached at salemu@gmail.com. 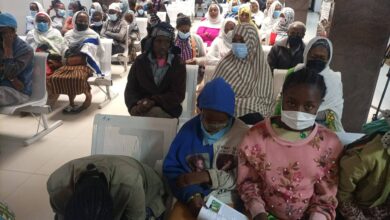 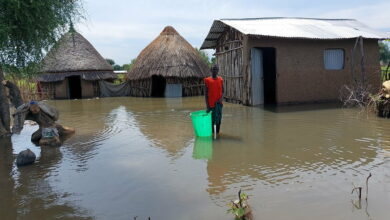 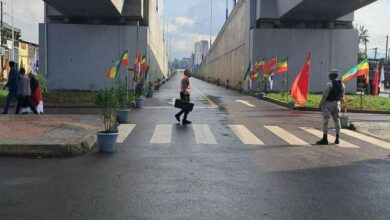